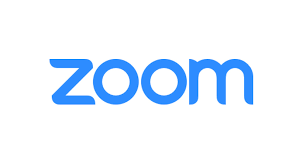 We’ve all had days when there is just too much Zooming. You’re online for meetings you may have had in person, or meetings you would never fly across the country for, and may have only had phone interaction for, but now you can Zoom, wow!

Ever had someone answer a call in the middle of your Zoom? It’s not like you can click over for call waiting, and put the other person on hold, they’re there, in YOUR face, paying someone else attention. Rude much?

The first time it happened, at least the guy was fast about it, and muted himself. Then I had another guy take a couple of calls, that I could hear. He sounded busy so I didn’t pursue a follow up with him. The last one happened and the guy spent more time on that call then on my call, then had the gall to ask me to join his organization for money after I didn’t even know what it was about because he spent the whole time talking to other people!

There was one other one, superior interruptus, where the guy forgot he was in charge of getting his kid online for school. In comes his wife, and the terrified look on his face for messing that whole bit up was enough to make my eyes roll back in my head. Really? You CAN shut off your camera and mute yourself and say “would you mind standing by a minute?”.

Plus I don’t know about you, but I’m not about hearing other people’s other business or personal business.

We’re in the middle of a pandemic, we’re all stressed, but learning to be a “utility” person and multi-tasking has never been more important. When you’re talking to someone, in person, on the phone, or online, pay them the courtesy of giving them 100% of your attention. Or reschedule!