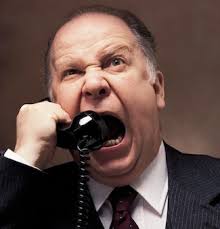 We Won’t Get Along

We Won’t Get Along

As I pack up my office for the second move in a year, I’m finding some old files and taking a walk down memory lane…

When you work for someone, and it doesn’t matter if you are a consultant or an employee, sometimes you just won’t get along. Some of us don’t have the luxury of leaving. But do you believe that old saying about it always working out, “everything happens for a reason”?

Like when I moved my family across the country for my dream job and 7 months later my radio station went off the air? I was devastated, but I would have never started my company if I didn’t lose that job. So it was for the best and I am thankful I lost that job.

After ten years at Remote News Service, I can tell you, there are clients that I know from the first week, we won’t get along. Sometimes, I can tell from the first in person meeting, if I will work with someone or not. Sometimes those are the clients or businesses that you really want to work with, so you visualize yourself there, because you know you’ll fit. But of course there are also the ones where you think, nope, we won’t get along, I’m out.

I’ve only had a couple of clients like that. Either they don’t understand that you’re not their employee, or you have a very different concept of what journalism is. And I’m not talking about #fakenews. Sometimes a car accident on a side street is big news, and sometimes, it’s not.

I had a client last year whose morning guy called me screaming one day. There’s really never any excuse for that. But I’ll bite, what was of the utmost importance that you had to yell at me dude? Apparently, they cut me some sound to use, 3 pieces about an upcoming event that weekend, and for shame! I only used 2 pieces. Sometimes sound is not worthy of air. This is where that whole, I’m not your employee thing comes in (and if I was, I’d be looking for a new gig, like, yesterday). But in actuality, this guy was a part timer, with no skin in the game, not a manager. The manager/owner did call and apologize, but the incident was a major red flag. It didn’t even last a month. Soon after, they canceled their contract, and I couldn’t have been happier. Clients like this or employers like this lend credence to another one of those colloquialisms, life is too short. I had one other person scream at me like this, but I basically told him to show some respect, and he did, and we went on working together for years.

Sometimes you just know, you won’t get along. And that’s okay.