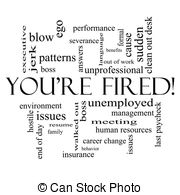 When you have to write that Omarosa is out and may have been dragged out by the President’s Chief of Staff, do you start to rethink your career? And what did she do in the White House anyway??

Sometimes a roll of the eye and finger tapping the keyboard just doesn’t do the trick. Thankfully the above-noted “news” broke after my work was done this morning. But would I have reported it when we have airplanes over Korea, a massive Tax Cut for the wealthiest 1/2% about to pass and a Democrat wins the Alabama Senate race for the first time in a quarter century, #nope. I might have added it as a kicker, like: Aide to the President reportedly tossed out, why wasn’t it caught on camera though? Because let’s face it when there are so many horrific things happening in the world, one scandalous story a day isn’t nearly enough.