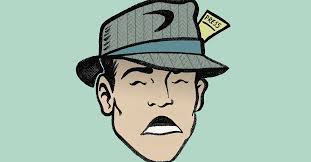 Does anyone actually care about real news stories?

In a non-election year, we might be hearing a whole lot more about thousands of Veterans joining Native Americans (of various tribes, that’s news alone) to protest a massive oil pipeline; a former NFL player gunned down after a road rage incident, the suspect admitting the shooting death, and being let go (the shooter white, the victim, black); and a rave venue/art house burns to the ground, with as many as 40 people dying in the “death trap”; or do we want to hear the continual loop of political announcements and cabinet appointments?

I know my answer. If I didn’t work in this business, I think, no, I know, I would be bored to tears with the constant drone of the same tired complaints about Twitter accounts and Saturday Night Live skits. I mean, what happened to real investigative Journalism? You don’t have to investigate too far to hear real news stories. Real human tragedy being laid out before us, without any consequential reporting on the stories. I’ve stopped watching cable news since CNN Chyroned “Are Jews Real People?” Who’s in charge there and what happened to the adults?

In Journalism school and at one of my first real radio gigs, we were taught to, never scare the listener. How many stories have we heard that start with “Sad news to report tonight”, or “Tragic story to report”… what? Seriously, don’t tell me how to feel. A snowman stopping traffic in the middle of a highway is hilarious, you don’t need to let me know ahead of time that it is. There is no opinion in news reporting.

What do you think?