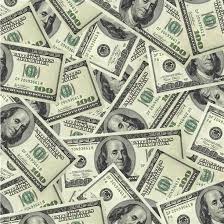 It’s Not ALL About the Benjamins, but it doesn’t hurt.

When I first started my company, Remote News Service, I was making about $12,000/year. That doesn’t suck for a brand new company. And one day, as a fledgling tiny company, a major radio company comes our way and asks how much to provide news for 36 of their stations. They each needed their own news, in various markets. (And yes, Benjamin’s danced in my head and appeared in my eyeballs.)

I had an idea of what my “rate card” was when we started. I mean had it in my Business Plan after all. But this was such a huge prospect, I had to sit down and trouble shoot it. How much would I charge for such an endeavor? A real game changer. So I went to the local Starbucks, as you do, and thought about how much I would pay the various anchors I would have to hire, but most importantly, if I were them, how much would I want to make so I could live.

A coffee and a couple hours later, I had my rate. I proposed it to this big national radio company and when they came back, I was ill. $200/month. Yep, a whopping $200 dollars per month in its entirety. And just like that my hopes and dreams of being a big time entrepreneur were dashed. What in the actual…? I mean, really? Really. This was a serious offer. If you break it down, and let’s just be super conservative here, one newscast a day on 36 stations, M-F, would be worth at least $2,000 per month total, that’s just $10/day for a handful of anchors to share (and this was not my quote because they wanted a whole bunch of newscasts every day). They wanted to pay $5 per station, PER MONTH. If you really want to drill down, that’s only 16 cents a day!

Fast forward 12 years. The same company comes back for one of their markets, a small one. I tell them our fee, but gently ask, if they have a budget set aside, because I didn’t forget my early days and how this impacted my learning experience. “Oh yes, I just got the go ahead,” I’m assured by the “Brand Manager” (what happened to old fashioned Program Director, by the way?), “we’re letting someone go” (a week before Xmas, I might add, which made me ill, but that’s a whole other blog).

So I put together a demo, and they love it, then hire us immediately. I drafted a contract, send anchor demos along, they hire someone, I tell that person they’re hired, also, just ahead of Xmas, but this big radio company can’t get me the contract yet, or the payment to start. And a red flag goes up.

I have been to this circus before, so I say, hold back, we are not starting the day after Xmas without an assurance we will be paid, and have our contract signed. Days drag on, I mean, here are in second week of the New Year and there’s been multiple “I’m frustrated” emails from the Brand Manager and still we have nothing. I’m then further assured the CEO of said large company will, themselves be in touch with me. Pardon me while I hold back my excitement, due to the experiences of the past, but if I’m being honest, I still had a little glimmer of Jefferson’s dancing in my head and appearing in my minds eye.

Then today, to the Brand Manager’s “astonishment” and mine too, the CEO miraculously came up with enough money to hire a full time news person. Why were we dragged through their in-house negotiating? I have been at this for a long time, but this is a first. While I never want to take someone’s job, why did they fire someone, then decide they had enough money after all? And why were we dragged into it? Someone’s got some splaining to do.