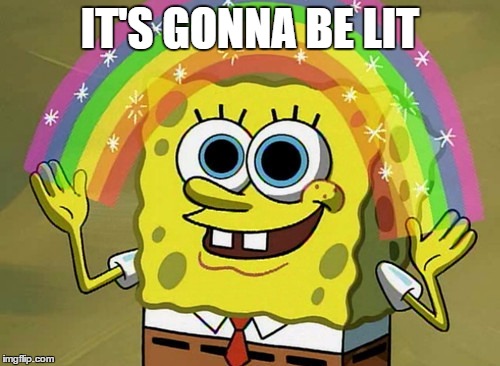 Have you heard this slang? Of course you have. Especially if you have kids who are at least 12 years old. And if you saw the hilarious film “Good Boys”, you can plainly see, the term is regular speak these days, to be sure.

There’s way more to it though. (I’d say “to unpack”, but that’s getting into the weeds ;))

When you say something is Lit, to me, it generally means, it’s great, awesome, amazing, on FIRE (insert flame emoji). Yes? But also, I take it to mean that someone is lit UP. You can see it in their face.

Being sad, showing sadness, bringing sadness to work and wearing it on your body only adds stress and we know that can lead to serious illness.

Not only am I beyond lucky to work in radio for most of my adult life, but I also get to teach yoga. This morning I had someone who would commonly be referred to as “elderly” in class. This 76 year young woman is a retiree. She is coming to class because she’s so stressed out, but she doesn’t even know why she’s stressed, she just knows something isn’t right, her blood pressure is up, and she needs to make a change.

When I looked at her face while she sat there quietly breathing, it showed struggle, pain, worry. She told me her life is good, she doesn’t feel stressed and she’s not worried about much. She also said her grandson asks her “what’s wrong” pretty often. But when we spoke about her struggle, her face was lit up. She seemed generally happy. And every time I told her to breathe and think the pained look about her face, it softened again and again.