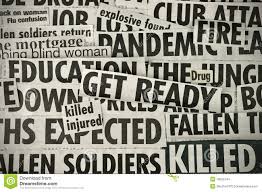 I’ve written about it before but it bears repeating, sometimes being a News Reporter is just plain tough.

I generally write news without thinking too much about too much. In other words, I try not to let the words penetrate my humanity. So I stay neutral, don’t lean one way or the other and deliver the news with the audience in mind, inflecting as needed, adding urgency here and there and emotion when called for. Even a smile or a hint of sadness, if the story calls for it. But never too dramatic. With politics it’s easy, because right now we’re all in this clown car together, kind of like the 2003 Calif. Gubernatorial race, only way more important. I’m sitting back and watching it all unfold.

What I’m talking about are the human stories that have been really, really deep these last few weeks.
As a woman I felt personally wounded when a young woman, passed out drunk was violated. That alone was bad, but the sentence for the suspect and the reason for said sentence felt like a 2nd violation. If you don’t know this story, Google: Stanford Rape Case Without ever stepping foot on that campus, I was pretty sure I definitely didn’t want to after that. Neutral? Not much.

Not long after that story went viral, was the trinity of bad news out of Orlando. First a stalker kills a rising star (I don’t watch the Voice, but seriously, ugh), then the horror of Pulse Nightclub. I watched, listened, read and cried, I was glued to media. I cried and I felt my blood boil. I had to report this tonight on my regular shift of anchoring, not just because of the enormity of what had happened (I generally only report local news), but because one of my stations is just 2 hours from the scene. Staying neutral? Not in the slightest. Obviously I’m not sharing an opinion or a feeling as I deliver the news, as that’s not really professional at all. But, I lost it on social media. I like to have fun on Facebook, post the occasional news story, without comment, to let others do that. I love watching baby and animal videos and look at pictures. But on this horrible day, to be invited to “Ecstatic” dance parties, look at summer vacation photos and hear about some “Millennial’s” bad day? It all felt so very shallow. I took myself off that particular platform and moved back to watching Kate Hudson’s funny Snapchats, videos of doggies and kitties and pictures of pretty yoga poses on Instagram. I needed to escape. I needed some levity. But then, that little 2 year old? A family on vacation and boom, done, life over. Excuse my French but I’m about to lose my s—.

This is a job and I must perform. It’s a service to report news neutrally, without emotion or personality and at the same time not drone on about the world imploding, right? I feel it all, I’m not numb anymore.