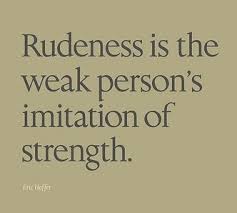 How do Your Emails/Texts Sound?

How do Your Emails/Texts Sound?

Do you change fonts, italicize, use bold, symbols and emojis?

Did you know that your emails and texts can come off as rude, insensitive, mean, nasty or even inappropriate?

Just today, I saw somebody respond to someone’s innocent question on Facebook and they were snarled back to, by the first respondent. So I responded, why be rude? And they responded back, it was not their intention. (This was a yoga page, mind you.) It’s very easy to misread someone’s intention, right?

I once worked with someone who was heinous in their emails. They were filled with all sorts of bold, capped words and pound signs and pluses all before and after their sentences. I felt belittled every time I read them. But my boss, and human resources, who I continually complained to, thought they were harmless. But this person would send group emails and call people out by name and just be plain nasty. I asked the others I worked with if I was too sensitive, and found out, they all felt belittled. When this person was approached, they had no idea they were offending people, and you know what, they did not change, they continued with their horrible behavior. But did stop the group harassment. One by one everyone there either quit or was fired for defying this person. And now, they are actually out of business.

The signs were there. But not everyone can quit a job they otherwise really like or need because of the money. This job was helping me to put my kid through college, but it didn’t last long, because I too am defiant!

What’s the text/email story you learned from?