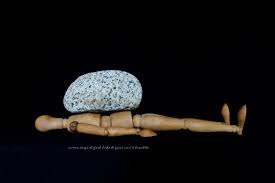 It’s hard to sit down and take a breath nowadays. You can’t run real quick from your desk for fear that breaking news will happen while you’re away for 2 minutes.

The last 4 days have been astounding. As a newsperson, the story Saturday was huge. It lead the weekend, when it happened, the “aftermath” and the response. It was also depressing as hell. What has this world come to?

First it’s the First Lady with her nice tweet, that we later find out was lifted from a former First Lady, then the President. No words. These are all breaking moments to be reported on. But, do we need to keep pounding on it when he’s going to continually lash out at “Fake News” and the “Fake News Media”? What about the woman found naked in the wilderness who survived on berries and muddy water? Or the nice police officer who returned a child’s lost stuffed animal. You just can’t look away.

I’ve been trying to ignore politics and focus on other news, but when it comes at you with “fire and fury” every, single, day, you cannot look away. It’s like a mangled animal on the side of the road, you know it’s there, you don’t want to look, but you do. I’m getting sick of the mangled animal in the street, aren’t you?

Maybe sports is a thing…