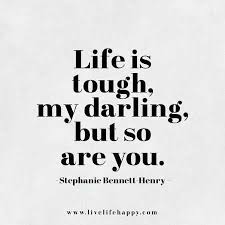 We Can Run Companies, AND the World

We Can Run Companies, AND the World

OK, all of these women coming out suddenly to say they were or were not sexually harassed?

I was shamelessly harassed at 23 years old when I worked at a major radio station in Los Angeles. The anchor (I was a P.A.) was my friend, I thought. He had a major cocaine habit and acted kind of sketchy most days. He would peer over me and stare down the back of my jeans as I sat forward toward’s my computer monitor and worked. But, NO JOB is ever THAT important. So I reported him. The company investigated. And put me in a hotel, after I again reported that he started to call, begging me to rescind my “allegations”. Then they found almost every other woman in the newsroom had somehow been harassed by the guy. He was fired. But he was hired elsewhere. And I rolled my eyes.

I was not afraid for myself or my roommate, because we are/were tough cookies. Just report it. Do it. And if it’s a famous person, report it YESTERDAY, not tomorrow or in twenty years. Because where does that get us? Keeping your mouth shut gifts women with a slide back to the 50’s. Which we are now doing. (Don’t even get me started on this ridiculous birth control mandate. PUH-LEEZ.)

When will women get and RETAIN their rights? We can run the country better than any man. And I guarantee you women will not tell men what to do with their bodies. And we can run companies better than any man. I mean, dang, we birth humans, work jobs and run households, at the same time. We can multi-task with one hand and direct, relegate and delegate with the other. DUH.

And Women who do not support other Women, get my no vote. We need to prop each other up, not shoot each other down. What’s with Donna Karan and Lindsay Lohan? Do they want to be/stay on the D list?