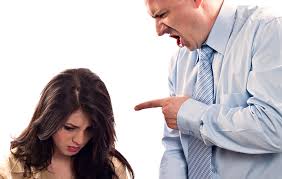 Over the last couple of weeks, when I’ve been lucky enough to freelance in the big city, I’ve had ample time on the train to ponder life.

I’ve written on this blog about being bullied before. And it’s certainly nothing new. During dinner with my husband recently, we somehow got on the subject of an old associate I worked with. I was fresh out of college, and with no prospects in radio, I took a job at a local gym. I’ve always been a gym rat at heart and enjoy the environment. I was supposed to do sales and I even remember the face of the man who hired me. He was super cool too, but it was one of the trainers/sales people who bullied me incessantly. And the 22 year old me just didn’t know what to do with it. I needed the job and I’ve never been a quitter, so I stayed. Looking back now, I know I should have reported the bully, or left, or both.

I would stand at the front desk for the people stopping in to try to sell them a membership (incidentally it was also my first foray into cold calling on the phone, a great skill to have!). While at the desk, this short, curly haired dude with, what looked to be acne, all over his arms (that he would bite and pick at, gross!) would constantly harass me. He told me I was fat, ugly, had no business working there, you name it, I could go on. As a matter of fact, as a chubby 11 year old I was also bullied, but never like that. The fact of the matter was, I said nothing. I took it. I stood there and smiled and I still remember his face 30 years later.

Why do we allow this type of behavior to continue? I can’t tell you. I was living at home at the time and my parents never expected me to pay rent, so I wasn’t in a desperate position. But now I know to report, always report. I’ve reported on others for less.

His problem is not my problem. He had a problem with his own self image and I was the recipient of his inner rage. I can’t remember the years in between even thinking of this guy except as an, eww, he was so gross memory. Here’s a thought though, I believe it did me some good, because I know how I would never, ever treat others and I am secure knowing how I wish to be treated.